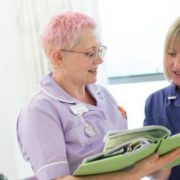 A CURE FOR CANCER? ISRAELI SCIENTISTS SAY THEY THINK THEY FOUND ONE
Scroll to top